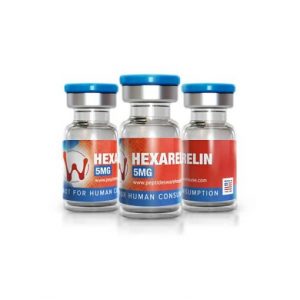 Are muscle building and fat loss possible at the same time? It is an eternal discussion. In this article, we look at something extra and that is the best peptide for muscle growth and fat loss? One of the best research peptides that have shown good results in this area is GHRP-6. The man-made peptide GHRP-6 in tests has shown it can reduce belly fat, increase endurance and hormone levels.  We will also explain to you why and how you can build muscle and burn fat at the same time. Fat loss is not the same as weight loss. There are many rumors about this topic, building muscle while burning fat at the same time and is that even possible?

In most discussions, the argument is made that they are two completely different and contradictory metabolic states (catabolism & anabolism) that are incompatible. To build muscle you have to be in excess calories. A calorie deficit is necessary to burn fat. But this is exactly where the mistake lies! Burning fat is not the same as losing weight. You can also gain weight and lose fat! Muscle building and fat loss are physiological processes that take place simultaneously. The body is in a constant build-up and breakdown. Certain building blocks are broken down (catabolic), e.g. to gain energy and are then renewed (anabolic). Though this process happens naturally scientists have found peptides CJC-1295 and HGH fragment 176-191 can also promote muscle growth and fat loss.

Both of these conditions together result in the body’s metabolism (metabolism). The metabolism is controlled by enzymes and is inhibited or promoted depending on the metabolic situation, but never stops completely. This metabolic state can be influenced, for example, by training and nutrition. So it is possible to keep the body in a metabolic milieu in order to optimally coordinate muscle building and fat loss. The peptide Ipamorelin has had a lot of studies and is one of the most effective at improving endurance and promoting fat loss.

Low insulin resistance promotes muscle building and reduces cancer risk. To keep it simple, Insulin is released as soon as we eat something. The hormone ensures that the nutrients from the food are absorbed. The sugar in the form of glucose is introduced into the muscles and liver and stored so that it can later be used as an energy source. The problem is that if we eat too often and too much, our body becomes more resistant to insulin. Regular fasting also releases less insulin in the long term, which makes our body more sensitive to the hormone. It also reduces the risk of heart disease, diabetes, and cancer.

Higher production of growth hormones promotes muscle building and fat burning. The growth hormone Somatropin, which has a major influence on muscle growth, bone-building, and fat loss, is released in both strength training and sleep. These chemicals in the body are copied and produced in the form of research chemicals called peptides. Many mimic the natural hormones and from a study, can increase muscle and strength, improve the immune system and hormone levels and promote fat loss.

A Guide to Natural Weight Loss

There are various forms of interval fasting. A very promising method is the so-called “Lean gains 16/8”. With Lean gains 16/8, you are not allowed to consume anything other than water for 16 hours. After that, there is an 8 hour window in which food can be taken.

Nothing can be consumed for 16 hours. Exceptions are water, tea and black coffee, i.e. everything that has no calories and does not affect the metabolism. In this hunger phase, the degrading processes predominate and fat burning runs at full speed since the body uses the body’s own fat reserves to generate energy.

The training should at best be done at the end of the hunger phase and not eat anything before the training. Studies have shown that fat burning was inhibited by up to 35% if you ate a carbohydrate-rich meal before exercise.

After training, you should then eat three meals in an 8-hour window, the largest meal at the beginning and then two small ones over the rest of the time. The positive effect of the combination “eating after a long period of hunger” with “training” beforehand: a maximum of many growth hormones are released at the same time! Insulin is briefly released by eating and training increases testosterone levels at the same time – both crucial hormones for both muscle building and fat loss. Through the simultaneous release of both hormones, their individual effect is enhanced.

Depending on living conditions, work, school, sleeping rhythm, eating habits etc., this window can be moved as desired!

While peptides are research chemicals and still being tested, they have shown positive benefits in increasing muscle and strength whilst reducing fat. As you can see we have looked at some of the best peptides for muscle growth and fat loss. The following are the best 6 peptides for weightloss:

But, you can also see the natural alternative to building muscle and reducing fat!