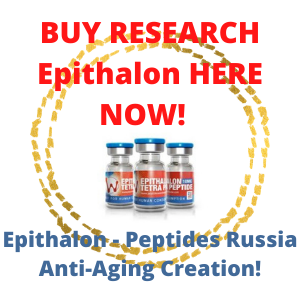 Peptides exist in every living organism, but there was no information about them until recently. Discovering the great potential, the positive effects, and the action of peptides, Russian researchers began to synthesize these compounds. To date, peptide hormones are entering the daily lives of people around the globe. They are a means of rejuvenation, improving various functions in the body, and increasing lean muscle mass and strength (due to increased levels of growth hormone).

What was it that Russian research found out about peptides? Peptides are small chains of amino acids that are not long enough to be considered a complete protein (less than 50 units). In essence, peptides are the building blocks that make up a protein. Many peptides are categorized as GHRPs, GHRHs, etc. What do these abbreviated names mean? At first glance, they look like a chemical formula, but for those more familiar, this is not the case.

Effects and Actions of Peptides

In simple words, the action of peptides is expressed in the transfer of information. Peptides can be called mentors and information carriers. They do this by traveling from one cell to another. They inform one cell what to do, taking information about what it has done, and then transfer it to another cell to tell it that things are ok and that the cell is doing its job.

How do Peptides Work?

Peptides can regulate a number of vital functions in the body that are either suppressed or do not function well enough. As well as increasing growth hormone, peptide bonds have been found to nourish the skin and reduce wrinkles. Peptides can also improve sleep and relieve stress, and for athletes help with the regeneration of injuries and damaged tissues.

There are many types of peptides, with different effects and actions. Depending on the length of the peptide bond and the amino acid composition, different peptides may have one similar effect but different side effects. Most of the available peptides have a strong effect on the increased secretion of growth hormone. Some peptides have such an amino acid structure that they increase fat breakdown, others may be effective for better recovery, etc.

Peptides Russia – Who Uses Them?

The peptides can be used by men and women without worrying about major side effects and can be used for a long time. The use of peptides in sports, fitness, and bodybuilding is big, but we are not encouraging them for this use. Peptides are for research purposes and are not for human consumption. They are banned in all sporting competitions. In bodybuilding, peptides are already widely used due to their strong anabolic effect due to increased levels of growth hormone. (GHRP stands for growth hormone-releasing hexapeptide). Peptides help muscle and soft tissue to recover quickly and effectively. We all know that by training a muscle, small tears occur, which high levels of growth hormone will heal quickly and muscle mass will build many times faster, and fat will melt.

Epithalon is a man-made peptide and has the ability to reduce signs of aging. This anti-aging peptide was the creation of the St. Petersburg Institute of Bioregulation and Gerontology. Epithalon is also known as Epitalon and Epithalone. The research discovered suggests it has many benefits including treating age-related problems, improves heart health, and improves metabolic function. In fact, it often gets named the fountain of youth, because it is thought to prolong life.

Titan gel is a cream that is available widely to improve erectile dysfunction. It is supposed to increase the size of the penis and increase libido. It states on the product it is 100% safe and contains natural ingredients.

Other research peptides that are linked with Russia include Thymalin. The effects of Thymalin were discovered by numerous tests by the following researchers; St. Petersburg Institute of Bioregulation, Gerontology of the North-Western Branch of the Russian Academy of Medical Sciences, and the Research Institute of Gerontology of the Ukrainian Academy of Medical Sciences (Kiev). The findings from these institutes were thymalin can improve the general function of the human body in older people. It showed positive effects in improving heart health, the endocrine system, the immune and nervous system, and metabolism.

Peptides are widely tested around the world and new results are being discovered all the time. Despite the fact that most of them are still classed as the research they have shown many positive findings. For many health organizations, it is hoped the future might see answers to many conditions and diseases that affect all of us! For All American, Peptides check out our Peptides store NOW!