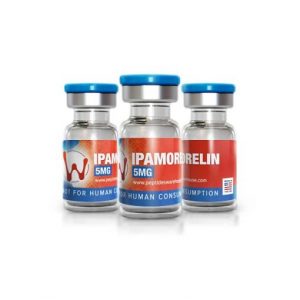 Peptides in muscle building, is the hype justified, or is it all false?  If you are an athlete you probably know what the best peptide for muscle growth is, and also other benefits peptides might offer too. For many in the fitness world, the goal of strength and lean muscle is the ultimate results at whatever measures. But, for some, it is gained by simple hard workouts and a controlled diet. At this stage, we would like to state that peptides are classed as research chemicals and not for human use. However, we also know they do get into the hands of bodybuilders who crave fast results. This article is to provide information about the range of peptides available and what they actually do.

These amino acid chains influence metabolism and can influence muscle and cell structure. And this is when it becomes interesting for some athletes. When some hear “building muscle or what are the best peptides to get ripped are”, the ears prick up! Not that all athletes turn to supplements to support their muscle building. This is just information about how peptides work in the body.

Our body is a highly complex chemical system. But hardly anyone knows exactly how it all works, unless you are interested in it or are a bodybuilder. Yes, athletes are actually quite curious, because the more they know about the functions of their bodies, the better they can influence them.

The Anabolic Effect of Peptides

Various studies have shown that athletes who eat normally can achieve a good increase in muscle growth and strength building with just a few milligrams of short-chain peptides that are also added. It is interesting that this only applies to short-chain peptides, whereas no significant increases were observed with long-chain peptides. It follows that the anabolic effect of peptides is due to their special formation and less to the nitrogen supply.

Bioactive Peptides and What They Can Do

It has long been known about the very good bioavailability of the peptides. Peptides are the material for the formation of the body’s own proteins. This, in turn, is needed to form muscles, immune proteins, blood proteins, and enzymes. In recent years, bioactive peptides, in particular, have been further researched. It has been found that peptides not only provide building materials for the body cells but also influence body functions.

Bioactive peptides influence the protein, carbohydrate and fat metabolism, the immune system, psycho-mental functions and the enzyme activity of the organism. This should be important for you as an athlete because everything is related to you. If you want to build muscle, and do not want to get sick, you need a stable immune system and ensure you are mentally up to speed. This will make you train effectively and with motivation.

Short-chain peptides can thus have an anabolic effect similar to that of whey protein. It is interesting that many peptides work regardless of gender, i.e. in men and women alike. However, the muscle-building effect of some peptides only takes a few weeks, sometimes even months. In the meantime, faster-acting products are already on the market, but you have to look closely at what you buy. Some of the best peptide for muscle growth:

How strong the anabolic and fat metabolic function of the peptides also depends on a “clever” combination of the products. Here are a few tips on how and which peptides you can stack.

Peptides and their influence on fat metabolism

An athlete wants to build muscle and strength and lose as much fat as possible. For this reason, they may also be interested in how peptides affect fat metabolism. The extremely surprisingly strong modulation of fat and carbohydrate metabolism is shown in numbers. The protein content of at least 40% results in a strong feeling of satisfaction in the stomach and can cause a 20-30% increase in calorie burning.

This knowledge is not new but is important in combination with new information. Most recently, it was found that 1 g of peptides per day means that fatty acids are not stored as body fat but instead burn in the cancer circle. At the same time, better energy supply is achieved. For an athlete, this means you reduce your body fat build-up and at the same time gain more energy and thus increase muscle growth.

Why are peptides important for the immune system?

In the USA, it has been found that over 90% of proteins are particularly immune-active. It has also been found that all short-chain peptides are also immune-activating. Not insignificant for you as an athlete, because your immune system is right, you become less sick and more efficient. You will know how stressful time-outs are caused by illness. 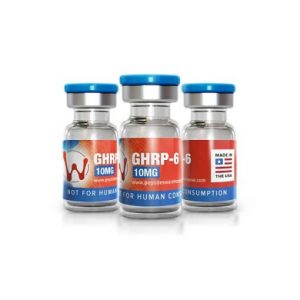 GHRP-6 is one of the best known and most popular peptides on the market. With GHRP-6 it can reduce belly fat, improve endurance, strengthen the immune system and, significantly increase growth hormone levels. And because of the reasons, GHRP-6 is also so popular with bodybuilders. The peptide is injectable and does not necessarily have to be used cyclically. The application can also be carried out if you want to achieve one of the named purposes at short notice.

Ipamorelin belongs to the group of GHRP peptides and is used for a radical release of growth hormones. In addition, the peptide accelerates fat burning, improves endurance and the immune system and ensures an increased sex drive. Like GHRP-6, Ipamorelin is also injected. The peptide is also valued in muscle building because it does not trigger a strong feeling of hunger. It is therefore also used by athletes who are on a diet and preparing for a competition.

The peptide HGH fragment 176-191 is used to build muscle mass and burn fat. This peptide is also injectable and causes the body to release radical growth hormones. The peptide HGH fragment 176-191 is said to have hardly any side effects which is interesting since most other peptides cause side effects. The peptide is usually used over 30 days and can then promote a significant reduction in body fat with simultaneous muscle building.

Side effects of peptides in Muscle Building

Many peptides take a relatively long time to release an effect, so only minor side effects may occur. Typically, you can expect to take 3-6 months to deliver peptides until you see a visible change. But also has its advantages, because in return you achieve a much more permanent effect, for example, compared to anabolic steroids. Peptides are gender-independent and achieve roughly the same results in men and women. Accordingly, the side effects are gender-independent and apply to athletes.

Possible side effects while using peptides in muscle building can be

Interestingly, there is a lot of information about the side effects of anabolic steroids and steroids. The difference is probably in medical use. Anabolic and steroid preparations often come from medicine and are therefore much better researched. However, peptides do not play a major role in medical use. They are still being researched and not for human consumption. Many that build muscle were created to help cure conditions such as muscle wastage. But because of these results, do get into the hands of athletes. Mostly the side effects are not really well researched!