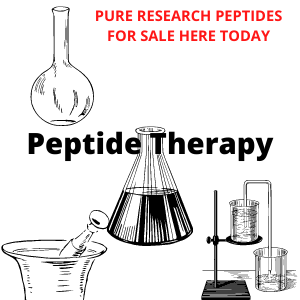 Researchers have identified SARS-CoV-2 signature peptides using proteomics. A “shortlist” of 14 peptides makes it possible to envisage developments in targeted mass spectrometry for a tool of choice in detecting the virus responsible for Covid-19.

Fighting an epidemic such as Covid-19 requires effective, rapid means of detecting the virus and available throughout the territory. Identifying the agent responsible for the pandemic, the SARS-CoV-2 virus, and the sequencing of its genome made it possible to develop a method based on the amplification of ultra-specific nucleic acid fragments (RT- PCR) currently the reference method. The diagnostic capacities of analysis laboratories were particularly strained worldwide due to the lack of reagents for these tests at the start of the epidemic, at the crucial moment when the very rapid acceleration of infections had a substantial impact on the final assessment.

Other methodologies that do not require specific reagents concerning the desired target can mobilize but do not yet have sufficient maturity to be deployed on a large scale.

These are nucleic acid sequencing (virus genome) and viral protein sequencing (the genome is enclosed in a protein structure, the capsid itself covered by a protein envelope). Both solutions are for the future, with the second being the subject of this study.

At CEA-Joliot, in Marcoule, the teams mobilized to record precise tandem mass spectrometry data on the proteins of the SARS-CoV-2 virus expressed in cells in culture. Exploited data from the main proteins of the virus were obtained from some 101 peptides.

The peptides were conserved in all the variants of the SARS-CoV-2 virus known to date. Those that gave the maximum signal in the mass spectrometry were considered exciting candidates. To make it reliable, the detection of the virus was the subject of a shortlist. The researchers have thus pinpointed a set of peptides that can be analyzed very quickly (shotgun proteomics).

These are encouraging results on a selection of “signature” peptides. Results obtained from the main viral proteins expressed in an in vitro system now lead the researchers to propose the validation of their methodology on hospital samples. Thus, they wish to show the usefulness of mass spectrometry as an ultra-rapid identification tool, requiring no specific reagent of the virus responsible for Covid-19 and adaptable to any pathogen.

The SARS-CoV-2 virus genome is safe inside a protein structure, the capsid itself covered with a viral envelope. These two structures make up several proteins. The peptides identify in this study come from the three main proteins of SARS-CoV-2 the Spike, S, a Membrane glycoprotein, M, and a Nucleoprotein.